When you cannot breathe - do this!

People can deal with hunger for days and thirst for hours, but we can only manage being deprived of our next breath of air for a couple of minutes. That is why smothering sends a person so quickly into a blind panic, whenever they are forced to fight for their next precious breath of air.

Unlike shooting from a distance or even stabbing during a sudden assault, smothering is a very intimate assault, involving an intense physical struggle between an attacker and a victim who are literally locked in a face-to-face life and death struggle.

Unlike strangling, which impedes the airway and circulation through the neck and throat, smothering involves covering the nose and mouth to cut off the flow of air to the lungs. People can get smothered with their own clothing, bed sheets, and even the shower curtains. If you work in healthcare anywhere in America or around the world, you should know that violence is on the rise in an already violent profession.  Illinois Man Strangled and Smothered Nursing Student After Meeting Her Online: Prosecutors (msn.com)

To survive a smothering assault, Vistelar teaches has the ONE technique to use, no matter how YOU are being smothered.” As shown in our first “Tactical Thursday”, the Apex Defense will assist in a variety of tactics to escape from grips and grabs, and chokes.

The APEX Defense applied with the Turtle Shell protects the airway while effecting an escape from the smothering assaults.   First by:

Watch this video from our Ground Smother Series to help you escape an attack: 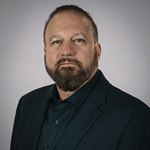 Dave served as law enforcement officer in Florida and in the Marines as a gate sentry, patrol officer, watch commander, investigator, Special Reaction Team (SRT) member, leader and commander. He now serves as a defensive tactics consultant for numerous police and correctional agencies. Dave also is an industry leader in testing public safety equipment and non-lethal weaponry. He applied all of this expertise as host of “Crash Test Human,” a TV series for National Geographic in which he tested emergency scenarios such as being trapped inside a water-submerged car.

Everything Is Okay Now - Confidence In Conflict Book Excerpt

Everything is Okay Now. Respond,...

Controlling Your Space and Owning Your Environment- Book Excerpt